- April 24, 2019
Split the Lark - and you’ll find the Music -
Bulb after Bulb, in Silver rolled -
Scantily dealt to the Summer Morning
Saved for your Ear, when Lutes be old -

Loose the Flood -  you shall find it patent -
Gush after Gush, reserved for you -
Scarlet Experiment! Sceptic Thomas!
Now, do you doubt that your Bird was true? 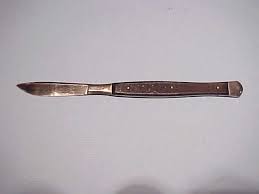 In her poem “Split the Lark - and you’ll find the Music”, Dickinson is concerned with epistemology. The question of knowledge and what justifies its validity is a common theme within Dickinson’s poetry. In this poem, the speaker evaluates the methods used to gain knowledge, and offers a critique on the expansive growth of empiricism as the sole method for determining the validity of evidence. The speaker also seems to differentiate “knowledge”, gathered by empirical evidence, and a deeper, more subtle “truth”.  The poem follows a familiar form for Dickinson, it is written in quatrains with an ABCB rhyme scheme. This rhyme scheme works especially well for this poem considering the subject matter. The familiar flow of the rhymes resemble a song, much like the birdsong that is referenced within the poem.
“Split the Lark - and you’ll find the music” opens with a lark being dissected in an attempt to find the birdsong residing within the creature.The first stanza describes the lark’s music, songs that are gifted to the hearer on early mornings. The speaker also relates the lark’s music to that of lutes, which are instruments associated with lyric poetry. Through this connection, the speaker establishes a connection between a birdsong and poetry. There is truth, or value, within both poetry and birdsong that have meaning beyond the medium used to translate it. Tensions arise within the poem between this inherent immeasurable value and the cold methodology of empiricism. Empirical knowledge is based upon the idea that valid evidence is empirical in nature, hence the term “empirical evidence”. The APA Dictionary of Psychology defines “empirical knowledge”: “(1)  in philosophy, knowledge gained from experience rather than from innate ideas or deductive reasoning. (2) in the sciences, knowledge gained from experiment and observation rather than from theory." It is not enough for the subject of the poem to hear the beauty of the lark’s song, and simply appreciate it for what it is. Instead, he must prove to himself the song’s validity and truth by observing it directly, and finding it within the lark.
The second stanza is extremely vivid it its description of the lark’s death. The blood  spilt in the search for this empirical evidence is described as a “flood” that has been let loose by the instruments of science, assuring the reader that “you shall find it patent” (line 5). Her word choice of “patent” in this line also has associations with science and its study. Whereas the poem began with the search for music within the lark, the only flood that comes from splitting it is a flood of blood, not song. The speaker goes on to call it a “scarlet experiment”, referencing the bloody violence of such cold scientific studies. Her last two lines are admonishing in nature. “Scarlet Experiment! Sceptic Thomas! / Now, do you doubt that your bird was true?”(lines 7-8).  The speaker is passionate in her disapproval of the dissection that has taken place, referencing the blood as well as referring to the scientist as “Sceptic Thomas”. This is a reference to the doubting Apostle Thomas of the bible, who refused to believe in the resurrection of Jesus Christ when it was told to him by the other Apsotles. He had to see and feel the wounds inflicted on the cross for himself before he could believe that it was true. Again, Dickinson invokes a bloody image in relation to empiricism and its understanding of knowledge.
The last line is a question, of whether or not the blood spilt from the lark is enough evidence to empirically prove that its music was “true”. It is an ironic ending, for if the blood is evidence to the truth of the lark and its music, the method of testing that has ensured the lark will sing no more. If there were not this desperate need to dissect the lark in search of some evidence for the beauty of its song, then its song would still be present to be enjoyed regardless of one’s inability to empirically find the music. Similarly to “The Life we have is very Great”, this poem is a warning against only valuing truth that can be proven with empirical evidence. Of course, this method of attaining knowledge is not without its purpose. However, Dickinson seems to be trying to communicate the fact that truth also exists outside of this methodology.  There are some truths that cannot be held within the hands or dissected and measured with science and its instruments.

Popular posts from this blog

"I know that He exists." 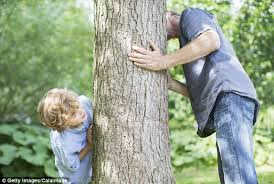 I know that He exists. Somewhere - in silence -  He has hid his rare life  From our gross eyes. ‘Tis an instant’s play - ‘Tis a fond Ambush -  Just to make Bliss Earn her own surprise! But - should the play Prove piercing earnest -  Should the glee - glaze - In Death’s - stiff - stare - Would not the fun  Look too expensive! Would not the jest -  Have crawled too far! Fr 365             This poem is written in quatrains, and opens with an assertion confirming the speaker’s belief in the existence of God. However, like many Dickinson poems, this initial statement becomes undermined by the rest of the poem.  In the first stanza, the speaker asserts that she does believe in God, however she immediately follows this statement by saying that he is hidden himself from us. Right from the beginning, the speaker’s faith is shrouded in uncertainty. God exists “in silence”, intentionally hiding himself from the “gross eyes” of humanity. It is also in
Read more

"Tell all the truth but tell it slant -" 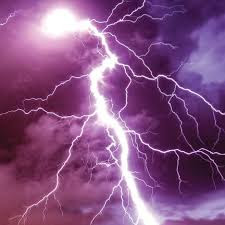 Tell all the truth but tell it slant -  Success in Circuit lies Too bright for our infirm Delight The Truth’s superb surprise As Lightning to the Children eased With explanation kind The Truth must dazzle gradually Or every man be blind -  Fr 1263 “Tell all the truth but tell it slant” is written is a single stanza poem written in the ABCB rhyme scheme, which gives it a familiar rhythm and lends itself towards memory.  This poem deals not only with the subject of truth, but focuses in on the ways in which truth must be communicated to be effective. The speaker of the poem insists that truth must be told, but that you also tell it in a way that it can be understood to the listener. The second line states “Success in Circuit lies”.  The Dickinson Lexicon offers many different definitions for “circuit”, but in the context of the poem the most likely definition is “ a roundabout mode of speech, expression, or reason; avoiding the use of a single term out of delica
Read more